If you’re the type of person who keeps their ear to the ground for all the new beer spots in Austin, then you’ve probably already spent some time at Waller Creek [...]

If you attended last year’s two year anniversary party for Rainey St. staple Banger’s then you already know the Sausage House & Beer Garden is capable of [...]

Well, we’ve officially landed back in Austin after roughly a month abroad. And what better way to get back into the swing of American life than with the most patriotic [...]

If you don’t get your fill of mouthwatering craft beer during Austin Beer Week, which kicks off today by the way, here’s another great event to put on the [...]

When it comes to mouthwatering Halloween treats, candy bars are great and all, but beer is really (obviously) our indulgence of choice. Luckily for fellow Austinites who have [...]

It may be one of those contemporary pseudo holidays invented to sell greeting cards craft beer, but we’ve certainly got no qualms with IPA Day, a nationwide homage to [...] 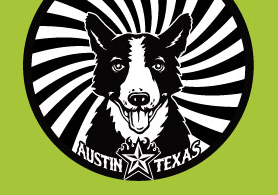 Austin’s Independence Brewing Company will cause tails to wag this weekend with their fifth annual Pints for Pups event. The pet friendly party, which will be held [...]