More than 900 miles away from their source, Texas beers tend to make a big splash at Denver’s Great American Beer Festival no matter how many medals they win. (This year, [...]

It’s been a few weeks since we returned from our whirlwind trip abroad, one of the early highlights of which was certainly WarPigs Brewpub in Copenhagen, Denmark. [...]

Alpine, TX’s Big Bend Brewing Co. has been named by at least one publication as the “most remote brewery in the United States,” making the brewery’s [...] 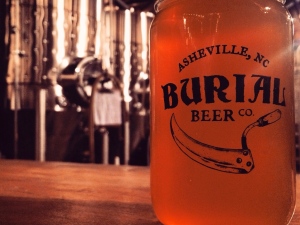 You’d  be hard-pressed to attempt to walk just two city blocks through downtown Asheville, North Carolina without bumping into a craft brewery. With such a high [...]

What can we say, 2014 was a big year for beer. In our annual review below, check out the beers, beer events and beer news that the ladies of Bitch Beer found noteworthy this [...]

There are many, many events going on around Denver during  Great American Beer Festival week on top of the sampling sessions at the Colorado Convention Center. For Example, [...]

As our 9-day GABF extravaganza winds down, it’s time for another recap of the shenanigans the ladies of Bitch Beer were able to find ourselves in during our stay in [...] 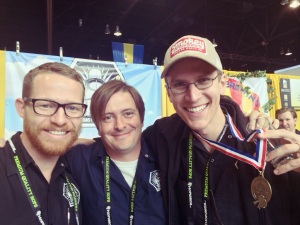 Texas craft breweries experienced unprecedented success in the 2014 Great American Beer Festival Competition in Denver this weekend, walking away with an impressive 16 [...]

The 2014 Great American Beer Festival has officially come to a close. The crowds came, saw and stumbled, and now we have an onslaught of content planned for the coming days [...]

You may have assumed this, but Bitch Beer is again doing it big for the 2014 Great American Beer Festival. Last year, a few of our writers took a nine day tour of Colorado, [...]